Matchless is one of the oldest marques of British motorcycles, manufactured in Plumstead, London, between 1899 and 1966. A wide range of models were produced under the Matchless name, ranging from small two-strokes to 750 cc four-stroke twins. Matchless had a long history of racing success; a Matchless ridden by Charlie Collier won the first single-cylinder race in the first Isle of Man TT in 1907.

In 1930 they launched a narrow-angle 400 cc V-twin called the Silver Arrow, designed by Charlie. The Silver Arrow, was a side valve v-twin with 54 x 86mm dimensions and 394 cc. The two cylinders were set at 18 degrees within a single casting under a single head. The result looked odd, rather like a single that was too long, and with the exhaust emerging from the manifold at its right corner and the carburettor in the middle of the block on the left, the odd appearance was accentuated. 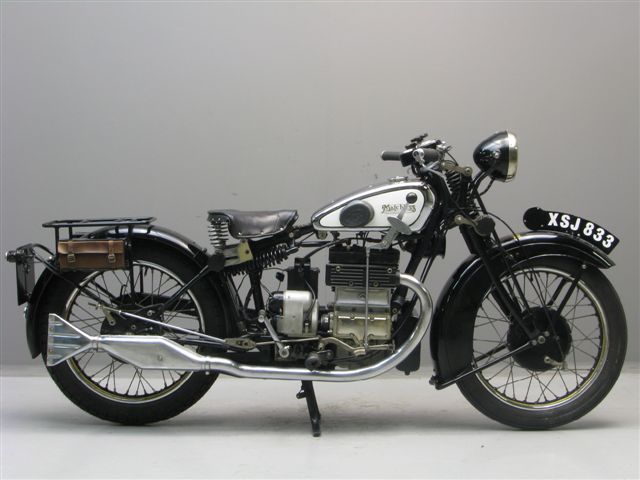 In 1930 they launched an (advanced for the time) 593 cc OHC V-four, the Silver Hawk. About 60 out of the 500 made survive, The Hawk was designed by youngest brother Bert, who was now active in the company, and he was responsible for design right up to the War.

In 1938, Matchless and AJS became part of Associated Motorcycles (AMC), both companies producing models under their own marques. During the amalgamations that occurred in the British motorcycle industry in the 1960s, the Matchless four-stroke twin was replaced with the Norton twin, ending a long history of independent production. By 1967, the Matchless singles had ceased production.

After that the only "true" AJS models, as far as AJS enthusiasts were concerned, were the racing 7Rs, Porcupines and the pre-war AJS Four. The shared models were considered by some AJS fans to be only badge engineered Matchless models. In 1935 the Matchless/AJS hairpin valve springs made their first appearance. Matchless supplied engines for the V-twin versions of the Morgan three-wheeler from 1933 until Morgan production was halted by the outbreak of World War II in 1939. From 1935 on they were Morgan's exclusive supplier of V-twin engines.

An early bike, the Matchless Silver Hawk was designed back in the 1930s and made its debut at the legendary Olympia Motor Cycle Show in 1930. Described by its manufacturers as “unquestionably the most fascinating machine to ride that has ever been built,” this bike was one of two four-cylinder luxury rides introduced at that show. It was a wonderful bike but, sadly, the ’30s weren’t a great time for selling extravagant items. Although it had a loyal following and remains a popular classic to this day, the Silver Hawk didn’t do too well in terms of actual sales and was dropped from production just four years later.

The Silver Hawk’s 592 cc design was a development of the Silver Arrow and shared a similar frame design and cycle parts, as well as the monoblock 26 degree V with a one-piece OHC head concept. The single bevel-gear overhead camshaft ran across the cylinder head and four bores with special air cooling housed two pairs of cylinders at 26 degrees to each other. A single carburetor fed all four induction valves through a cross shaped induction that produced an uneven feed. Coil and dynamo ignition was driven by skew gearing from the camshaft-drive vertical shaft. A dry-sump oil system was supplied from a steel tank at the base of the front-down tube, bolted to the engine's crankcase. The engine was flexible, however, and could be started by hand and run in top gear most of the time. This was an important factor for the hand operated gear change.

In the sales literature Matchless described the Silver Hawk as unquestionably the most fascinating machine to ride that has ever been built. It combines the silence, smoothness and comfort of the most expensive motor car with a super-sports performance. On top gear alone the machine will run from as low as 6 miles per hour to over 80 miles per hour, while the acceleration given by the four-cylinder overhead camshaft engine in conjunction with the four-speed gearbox must be experienced to be believed.

The main competition for the Matchless Silver Hawk in the top end 4-cylinder British luxury motorcycle market at the time was the Ariel Square Four, which was £5 cheaper, but 100cc smaller (in 1931). Manufacture of the Silver Hawk was expensive and sales were slow - the Hawk was discontinued in 1935. 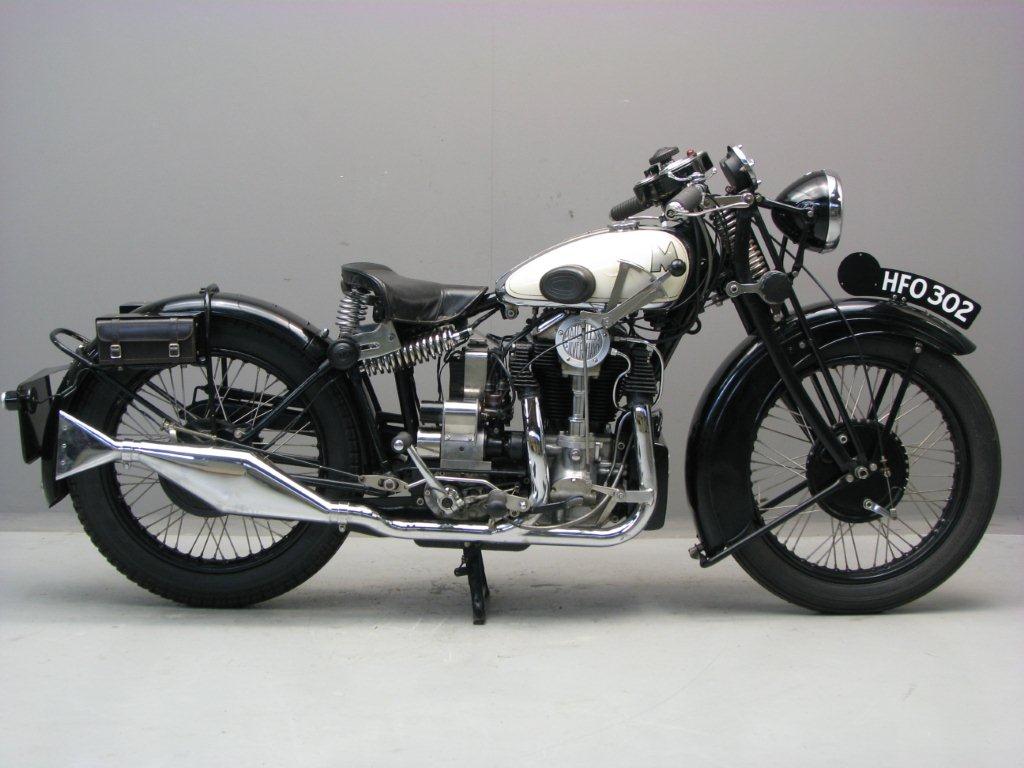 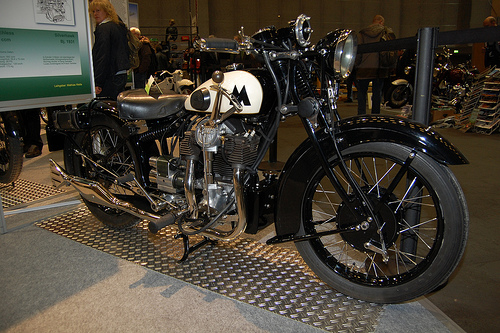