The success of the Morgan Motor Company was founded on an icon, the Morgan Three-Wheeler. This brilliant but simple design by skilled engineer and company founder Harry Morgan (HFS) became one of the most successful lightweight cars of the early days of motoring. The principal of fitting a powerful motorcycle engine and simple transmission into a light-weight chassis and body inspired a new type of vehicle which generically became known as the ‘Cyclecar’. Thus the fashion for ‘new motoring’ introduced the freedom of the open road to those of more modest means. The Morgan Runabout was at the forefront of this movement and therefore Harry Morgan can be regarded as the man who first introduced motoring for the masses. 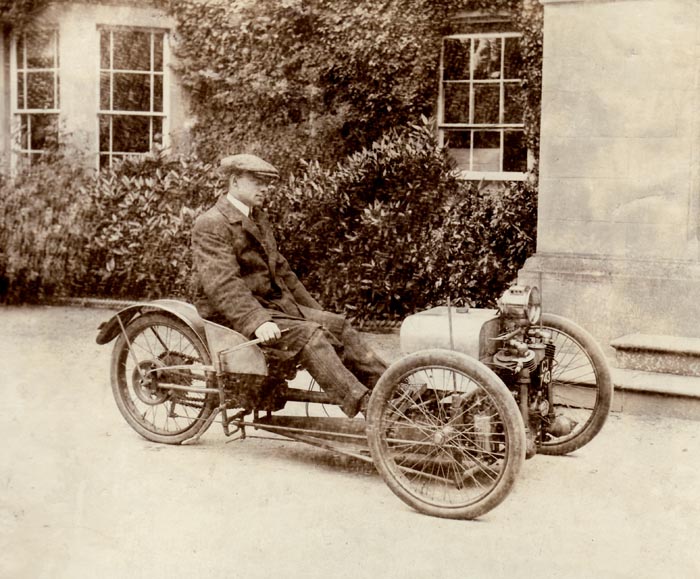 Built at the original Morgan factory, Malvern Link, not only was the Morgan one of the first Cyclecars, it was without doubt, the best engineered, the most reliable, and the most successful vehicle in its class which set the standards for other manufacturers to follow. It featured a simple two speed transmission (fast and very fast), but no reverse gear (to go backwards required gravity, or the driver had to get out and push). Engines were usually J.A.P. V-twins, although the simplicity of the chassis design allowed many other makes to be fitted. 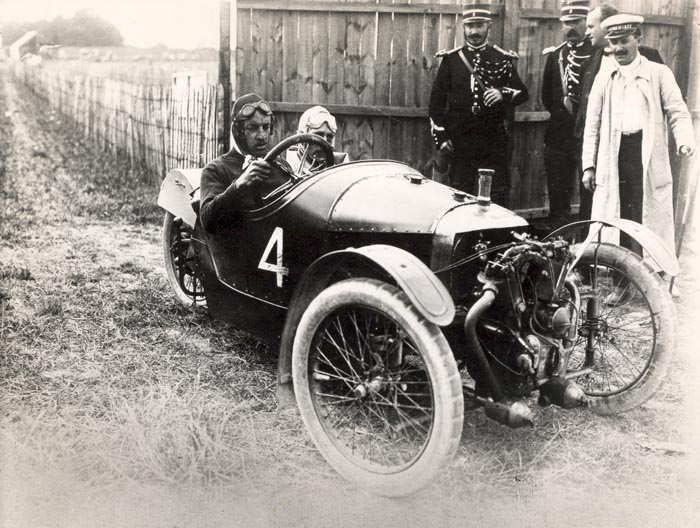 Within a few weeks of its launch at the Olympia motorcycle show in London in November 1910, Harry Morgan entered the Runabout in the MCC London to Exeter Trial, and his remarkable performance won a Gold Medal. This was the first of many such victories in all forms of motor sport such as reliability trials, plus racing and record-breaking particularly at the Brooklands autodrome.

In little more than three years, by the outbreak of World War 1 in 1914, Morgan’s had secured 10 British and World Records for various classes of cyclecars, won 24 Gold Medals in major reliability trials and had achieved numerous victories on the race track. These successes included an astonishing drive by Mr. Harry Martin who easily won the first International Cyclecar Race at Brooklands, finishing over two minutes ahead of the second place car even though Martin had completed the race in just 8 and a half minutes! A few months later Harry Morgan won the Cyclecar Cup for the 1100 c.c. one-hour record, travelling at a fraction short of 60 m.p.h. for one hour at Brooklands. His father the Prebendary H.G. Morgan was present and in his imposing ecclesiastical attire this is probably the only time a top hat had ever been worn at the popular circuit.

When peace returned in 1918 Morgan was one of the first manufacturers to resume full production mainly due to the simplicity of the design. Most manufacturing operations were now moved from the Worcester Road works to the new factory in Pickersleigh Road (although the first two workshops at the site had been completed before the war). A few years earlier, the WW1 flying ace Capt. Albert Ball had ordered a special-bodied Grand Prix, of which he said “to drive this car was the nearest thing to flying without leaving the ground”. 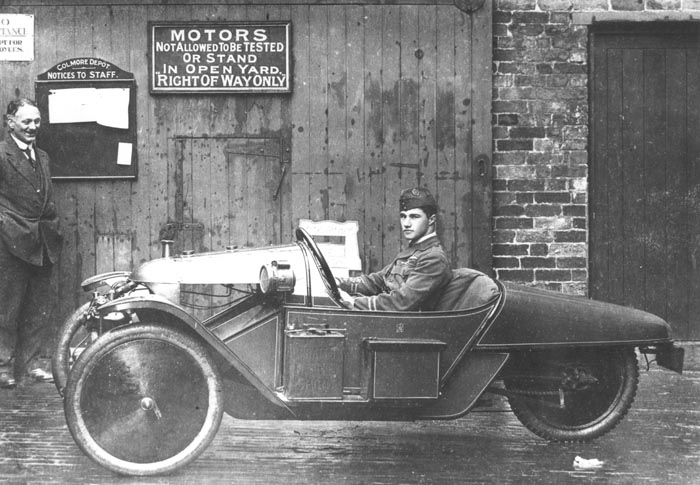 Throughout the 1920s the Morgan continued to have success after success in racing and was so fast that at Brooklands it was required to start a lap behind four wheeled cars in the same class. Likewise, Morgans were dominant on the trials hills, where they won more medals and trophies than any other comparable machine. The rugged strength of the Morgan and its excellent traction meant that it always performed well on muddy tracks when taking part in reliability trials.

Racing successes encouraged the introduction of another sporting model in the late 1920s, called the Super Aero with lowered streamlined bodywork. Not only were the cars dominant on the race track they were now one of the most fashionable machines to be seen driving on the open road.

During 1930 Mrs. Gwenda Stewart broke the One Hour World Record at the banked race track at Monthlery, south of Paris, at a speed of over 100 m.p.h. She was later to achieve 117 m.p.h. in a single seater Morgan on the long straight at Arpajon nearby. 1931 brought a new transmission system with a three speed and reverse gearbox, a single chain and detachable wheels. This arrangement was eventually used on all models, with engines now supplied by Matchless, the high performance machine (a development of the Super Aero) being known as the Super Sports. 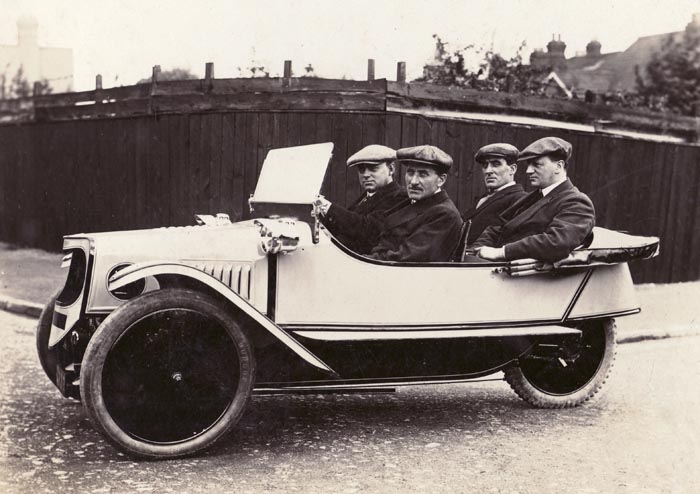 Morgan introduced the four-wheeled 4/4, although the three-wheeler remained in production (mainly the F4 four-seater and F Super two seater models).

Car production stopped completely throughout the Second World War but resumed in 1946. The last twelve twin cylinder three-wheelers were manufactured in 1946 using mostly a stock of pre-war parts and shipped to Australia. The F-type continued to be built alongside the 4-4, but due to post-war shortages, export orders were favoured over those for the home market when allocating supplies of steel. Three-wheelers did not enjoy this popularity overseas and therefore the decision to discontinue their production was made in 1950. The last Morgan Three Wheeler left the factory in 1953. 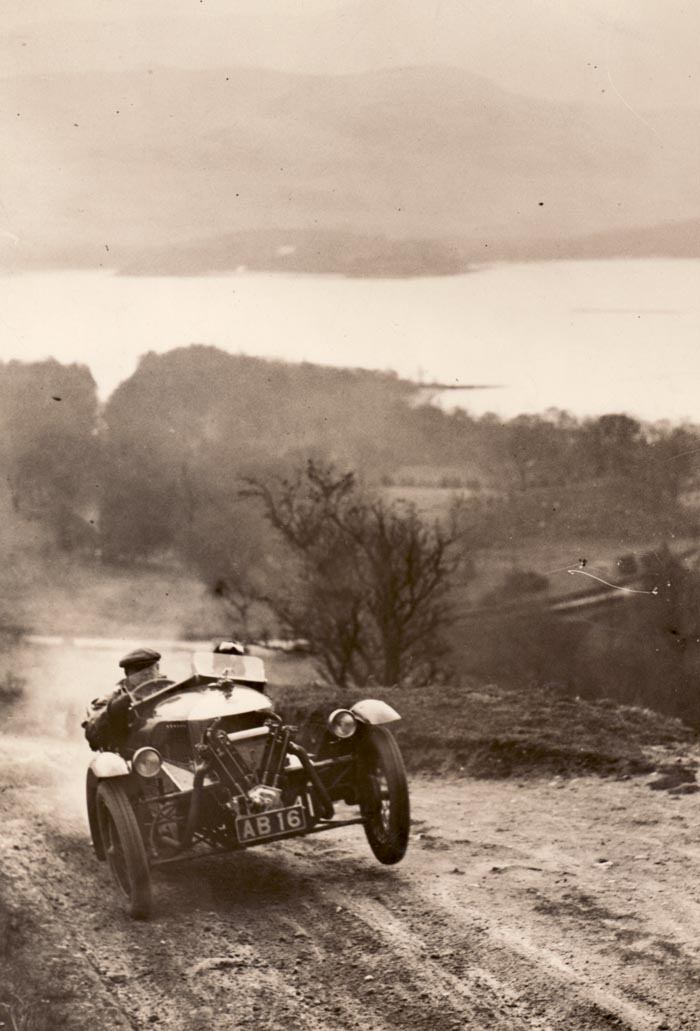 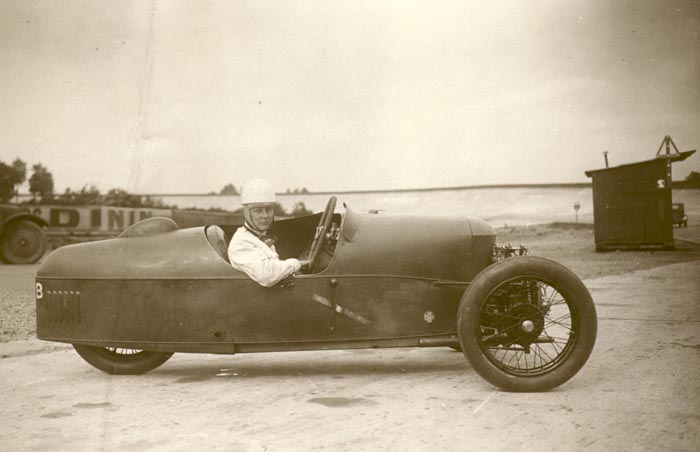 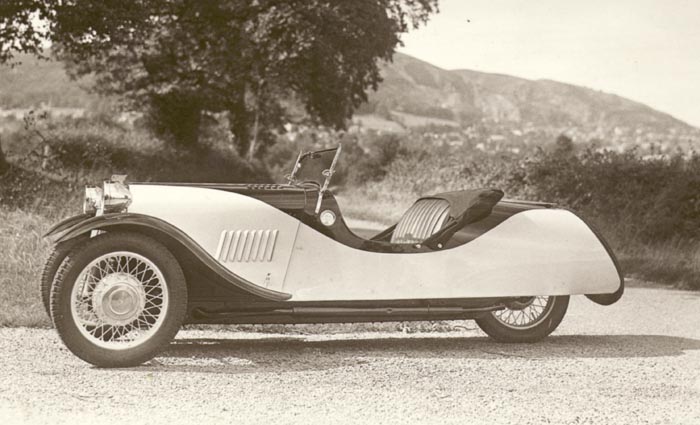