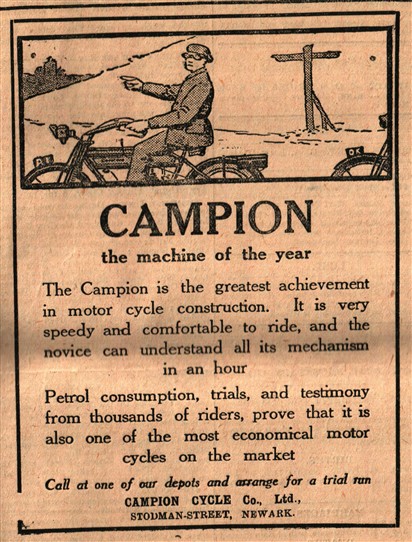 Campion were motorcycles produced from 1901 to 1925 and had been bicycle manufacturers.

1901 The first models appeared. They were a solo with a 2hp Minerva engine and a forecar fitted with their own 3.75hp engine.

1905 The solo had now increased to 2.75hp and the forecar had a water-cooled 4hp engine and two-speed gear.

1907-1911 Nothing much was heard of the company between those years.

1912 A new range appeared with JAP singles and V-twins with belt drive, and some had Roc gears. Shortly afterwards there were two-speeds and chain drive, followed by models with Precision, water-cooled Green or Villiers engines, as well as the JAP ones. 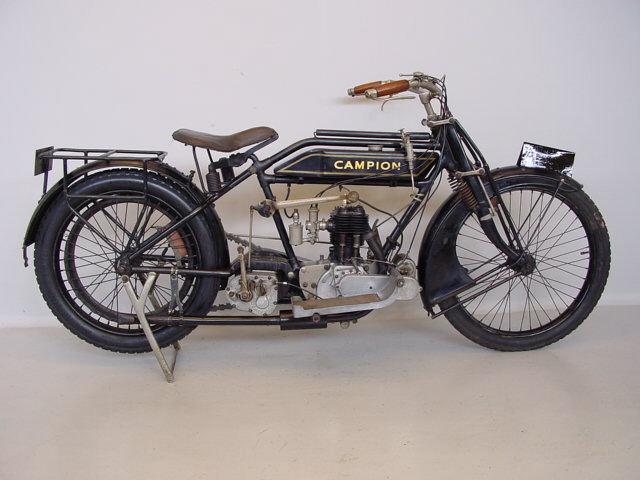 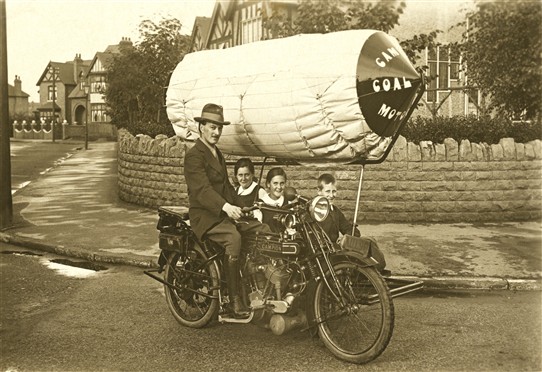 1916 The sturdy big twin was now equipped with a Jardine four-speed gearbox, which was a very special feature in the teens when three-speed gears were common. The foot-boards were aluminium castings, as were the horizontally split primary cases. The magneto was an American Splitdorf, which was specified for many English machines in the war years when there was a real shortage of British built magnetos. Secondary transmission was by rubber belt and the front forks were Druid.

1920 Post-World War I saw the company back in the listings with one model that had a 770cc JAP V-twin engine and Sturmey-Archer transmission.

1921 Several models were now available, including a 976cc version along with 293cc and 597cc sv JAP singles plus a 269cc Villiers model - all with two speeds. 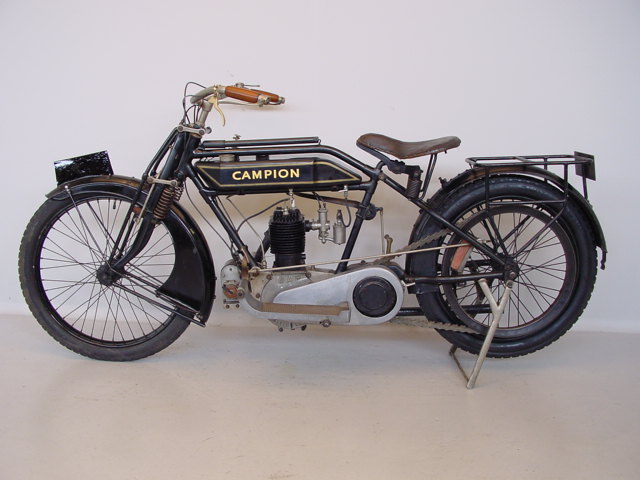 1923 The largest twin was listed with three speeds or a four-speed Jardine gearbox, and in solo and sidecar forms. Yet another model had a Blackburne single engine.

1925 They were using Blackburne engines in two sizes and touring sv or sports ohv. 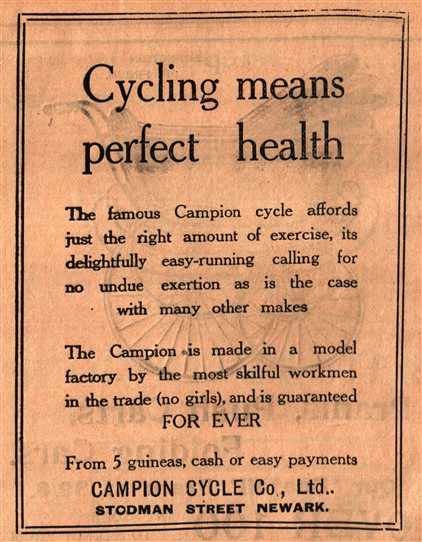 Adverts like the one above would certainly not be allowed these days (Skilful workmen, no girls!!!)

The firm then stopped making their own machines.

For a couple of years afterwards the company remained in the trade, building motorcycles for New Gerrard.